Raising a Toast to Mardaani

'I've often thought it unfair that women are expected to stay at home when there's a fight to be won. If a woman has the strength to bear a child, she can swing  a sword as well as any man.'
Karen Hawkins, How to Abduct a Highland Lord

We women are a strange specie. Fragile and yet strong, yielding and yet determined - the perfect paradox, that’s what we all are. But the fact remains that there are so many shades to our personality. Yes, EVERY SINGLE ONE OF US has many different shades within us. We might be all laid-back for days, but push us to an extreme, and there you see a different woman, all geared up, picking herself up and emerging stronger than ever.  She’s a mardaani, for she refuses to give in and blame it all on fate.


And here I proudly present one such mardaani from amongst us - Mrs. Aarti Goel

Aarti comes across as a petite every-day woman, your friendly next-door neighbour who loves supervising the household chores, picking her daughter from the school and spending time with her family. So what’s so special in that – you must be wondering, and rightly so. So many us do these and more. Yes. But what makes Aarti special is the fact that when is she is not involved in the mundane household and office routines, she is trained enough to ply passengers on Delhi roads. You read that right. Aarti is the second registered woman auto-driver in Delhi.
Always ready to take challenges head-on, Aarti is an inspiration for all. I first met her while on a road trip to Lansdowne. We had stopped over for a tea break at the same dhaba. Her's was a regular family, chatting away delightfully about this and that, and since my friend and I were the only other people eating there, they invited us to join them for tea. And it was there, sitting with them, and lazily sipping my extra milky tea that I discovered that the husband whom I had started addressing as Sushil bhaiya, only had one hand. I also discovered that they too were headed to Lansdowne and it was the wife Aarti who was driving them all to their destination. There was an awkward silence after this discovery, and it was Aarti who dispelled the quietness that had suddenly taken over our group. Calmly she narrated to us how many years ago her husband had met with an accident, resulting in the loss of an arm. Initially she found it difficult to get over the cruel incident and faced difficulty coping with the unfortunate developments. But she soon realised that the onus to reclaim her family's happiness was on her. She had to get a grip on not just her life.

And she had to start from scratch. While earlier she had been a happy-go-lucky middle class wife who was dependent on her husband for all things big and small, now it was time to take the steering wheels in her hand - literally as well as metaphorically. Soon she learnt driving and was assisting her husband at his petrol pump and motor workshop. One thing led to another and now she's a trained auto-rickshaw driver too.

Aarti Goel is a mardaani in every sense of the world. Like the proverbial phoenix, she has risen from the ashes to reclaim her family's happiness. She did not give in or blame fate for the misfortunes that came her way. Rather she worked around the misfortunes and wrote a new destiny for herself.

Aarti Goel's story has been covered by a couple of newspapers already, but it would be great to see her story inspiring people beyond Delhi. Hope the stories of grit and determination of all such mardaanis motivates us all to be positive and determined in the face of challenges. 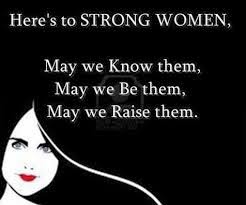 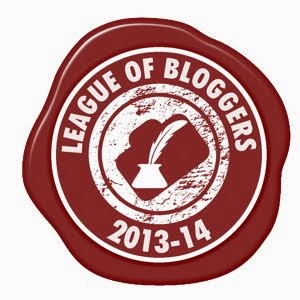